Former Conservative will now represent the Trinity Ward as an independent

East Devon District Council leader Ian Thomas has retained his Trinity Ward seat – despite his shock resignation from the Conservative Party shotly before the elections.

He defeated his Labour Party rival Sarah Birnie by 635 votes to 249.

Although still listed on the ballot paper as a Tory, Cllr Thomas said he had personally written to more than 2,000 electors in the ward to make it clear he would now be serving as a independent councillor if elected.

“I have done my best not to mislead anyone,” he said.

Councillor Thomas will remain leader of the council until the annual meeting on May 22. 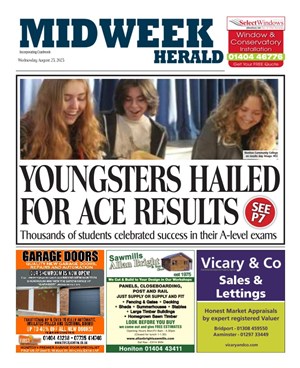 RSPB looking for stories of lockdown excursions in nature